Ah, those pesky planetary hours. What are they good for anyway? How are they useful in practical terms? How can I use the Saturn hour of Venus day, for instance?

These are the questions I asked for a long time. And others have as well. I am a member of an occult themed discussion forum and occasionally the question of the planetary hours will come up. Usually the subject is met with  hands thrown in the air in frustration or firm declarations as to their unusefulness. I will try to sort out some of my understanding about the subject.

In a general sense, as you already know, the planetary hours have virtually nothing to do with the chart and actual position of the planets on a given day. They are more of a set of correspondences attributing chunks of the day to the various planets beginning at dawn and progressing in the Chaldean Order. Always 12 of various length in the daylight hours and always 12 of various length in the nighttime hours. In every 24 hour period the planetary attribution of the hour and day match four times, each 8 hours apart. What of the other 20 hours? Are they ignored or do they also have practical use?

Speaking personally, part of my confusion was that the vast majority of magical workings to be found in the old books generally call on the magician to time their work on "the day and the hour" of such and such a planet. I generally could find no mention of mixing the planetary attributions of the days and hours. This implies that they are of lesser importance but I don't think they should be ignored.

In Helena Avelar and Luis Ribeiro's On the Heavenly Spheres there is an appendix in which they go into detail about the planetary hours from a traditionalist point of view. What really clicked for me, and is a big clue in this little essay of mine, is the idea that the day has primacy and the hour flavors it. The power of Venus fills the daylight hours of Friday and is subtly (or not so subtly) toned with the vibrations of the planets of the hours. That is why the Venus hour on a Venus day is sought; it is the most Venusian time of the week.

It is my contention that the other hours of the day or night are no less strong in the planet's energy but that they may be shaded in such a way as to potentially go against the goals of the working. Of course  the other considerations used in elections would be in effect, like the position and aspects of the planets in question.

So to answer my own question above, an election on a Friday in a Saturn hour should still be a Venus election but it will be darkened by the influence of Saturn. Appropriate workings for Venus day Saturn hour would be to acquire love or appreciation from the elderly. Or, on a darker note, to depress or restrict happiness or harmony.

In Jason Miller's Advanced Planetary Magic he suggests the way to take advantage of the planetary hours is to call on both planets involved at the appropriate time. I think this pamphlet is important in expanding modern ideas about the purpose of the planetary hours. There is some acknowledgement of the day having primacy on the planetary influence because the invocations are not identical when the two planets are reversed. (For instance, the invocation and stated purpose for the Moon hour of a Jupiter day is different than that for the Jupiter hour of a Moon day.) But the sample invocations seem to call on the two planets somewhat equally which, in my view, is flawed. I think the influence is much less equal.

In practical terms this potentially opens up times for performing magical works based on astrological magic but it does make things a little more complicated. The best timing remains the day and hour of the individual planet. But the rest of the day is potentially available for use, just be careful that the flavor of the hour works with what you are trying to accomplish.
Posted by J at 11:58 AM 1 comment:

I do not read reversed tarot cards. There was a time when I did, or at least tried, but I gave up on the idea pretty early. Right side up has come to be the natural way I use my tarot cards and I learned to shuffle them in such a way that they are always in the same direction. The thing that tipped me to eschew reversed cards was that the first decks I learned on had asymmetrical designs on the backs. I found that when I used these cards I was constantly second guessing how to lay them down because I could tell how they were oriented before I even drew it. In retrospect I suppose I could have changed decks but it didn't occur to me at the time.

I am a big fan of the model in Mary K. Greer's 21 Ways to Read a Tarot Card in which she suggests that each of the cards, Major and Minor Arcana, includes a continuum of potential meaning from asset to liability.  For me this opens up an opportunity for the cards to interact with those around it and to have a great variety of subtlety of meaning. The most difficult aspect of this style of reading, for me, was to quiet my thoughts down enough to hear what the cards were trying to tell me. I had to throw away the book because I found I was trying to fit the printed meaning into a reading in which it didn't necessarily fit.

Once I truly grokked the idea of the continuum of meaning my tarot readings have become much more accurate and meaningful. 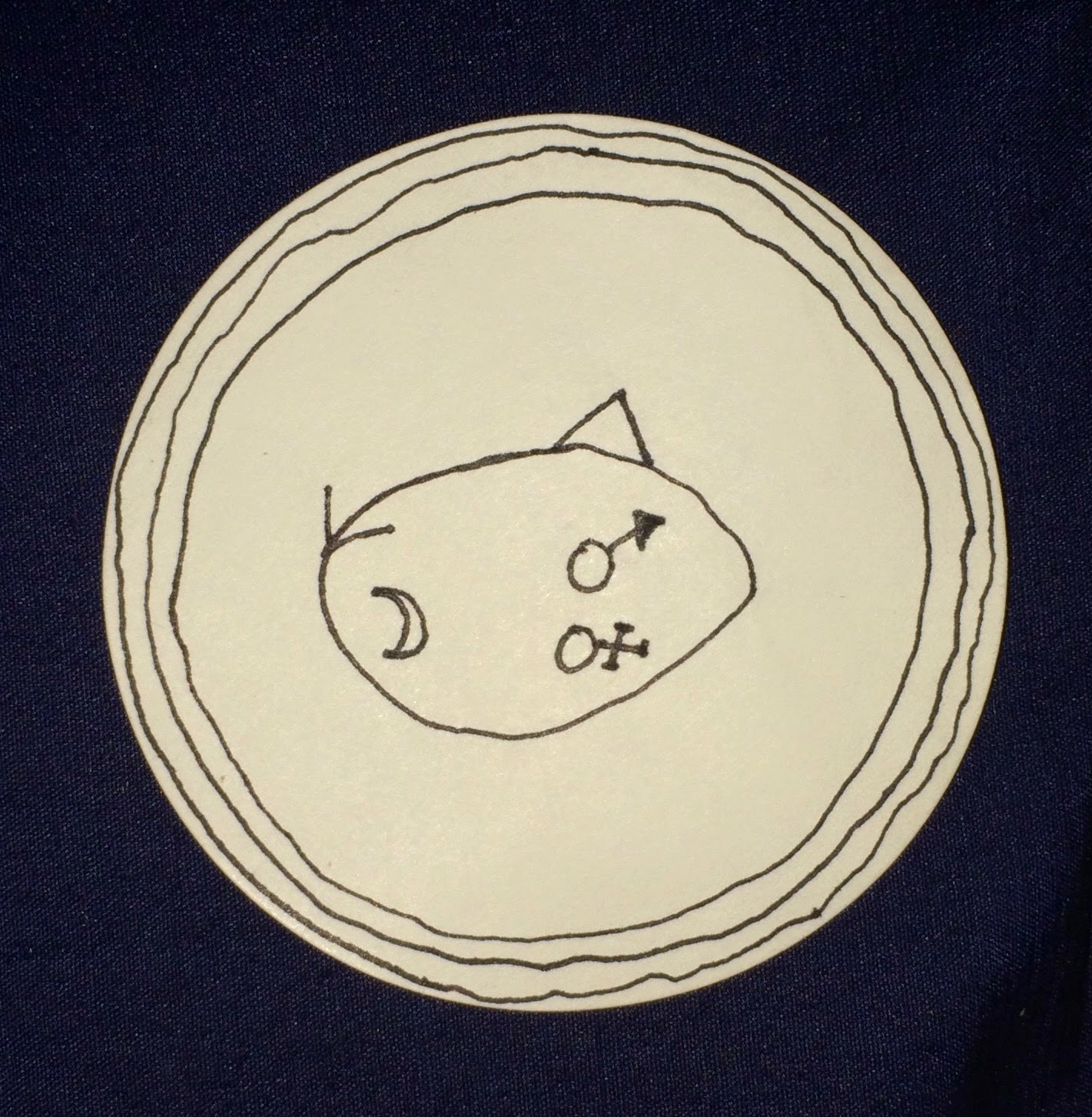