The Moonlit Hermit Tarot, which I have labored on for the past two years, is now ready to go to print. I am getting a Kickstarter campaign underway to fund the initial printing. The pre-launch page is now live and you can check it out here: Moonlit Hermit Tarot.

The campaign launched in earnest on Wednesday, May 26th, 2021, on the Full Moon.

I designed this deck with an eye to divination and spirit communication, the main uses for tarot in my practice. Each card is a piece of collage art made up of razor cut paper and found images from magazines, books, or out in the wild. 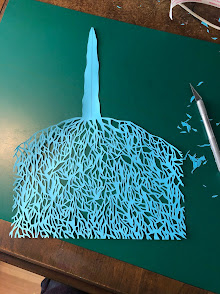 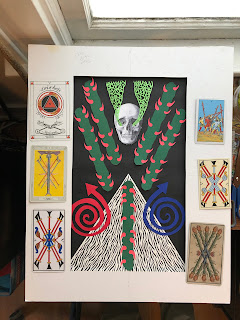 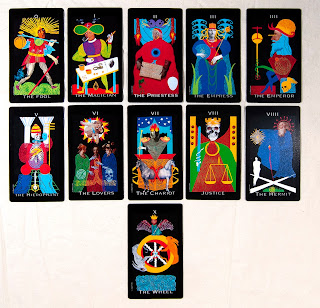 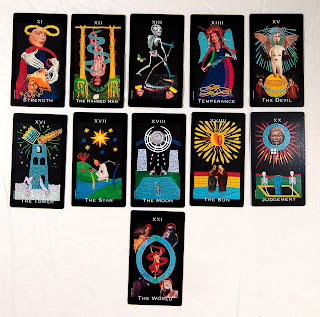 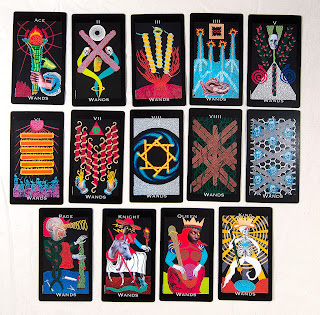 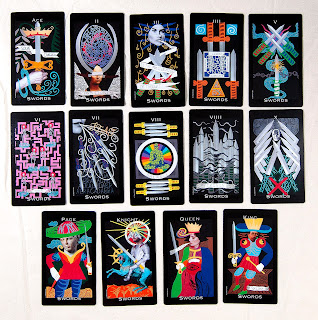 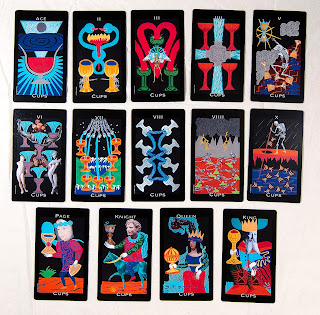 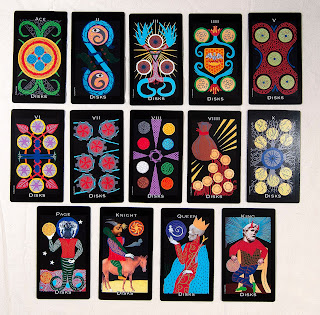 Each deck comes with a tuck box and a 40 page Little White Book. 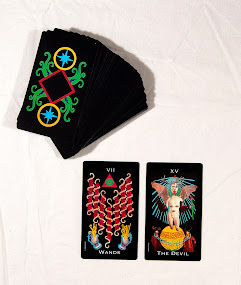 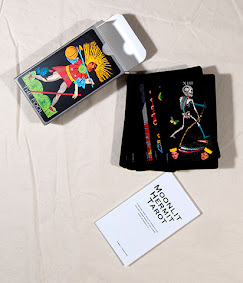 I have the Kickstarter set to begin on Wednesday, May 26th and will run for 28 days. I am looking to raise $5700 to pay for a print run large enough to keep the retail price to $40. I have an Early Bird reward in which the Moonlit Hermit Tarot is going for $30 for the first week. I also have some add-ons. My Picatrix Decans card deck is 10% off if you combine it with the tarot deck. A sticker pack of 10 designs from my archives is also available as an add-on and I am looking for more things to add.
For stretch goals if we can reach $8000 the cards will come edged in matte black. If we can reach $10000 then I will include four bonus cards, the Kings of the Four Directions which are my interpretation of the four Goetic Kings, Oriens, Amaymon, Paymon, and Egyn.

Speaking of goetia, I put some goetic Easter eggs here and there in the deck. For instance, the hem of the angel's garment in Temperance is Klepoth's sigil form the Grimorium Verum. 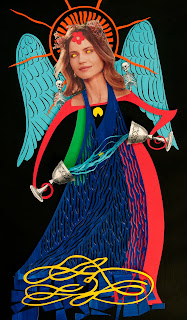 Support this project. Moonlit Hermit Tarot.
Posted by moonlit hermit at 11:28 AM